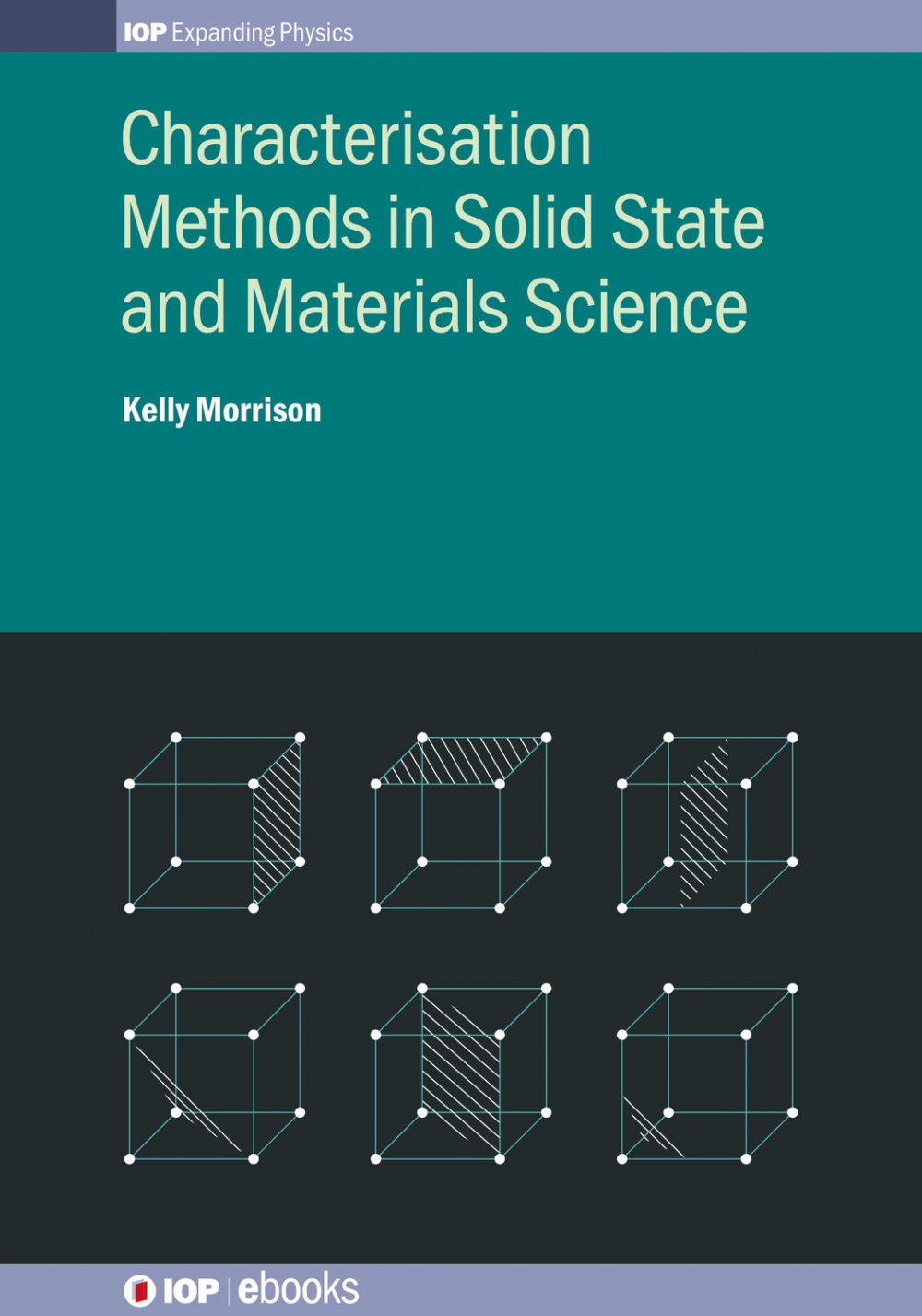 “An excellent resource for students studying solid state science, as well as researchers and industry specialists, this book provides a deeper understanding of the benefits, drawbacks and overlap within different characterisation techniques, and it  bridges the gap between theory and implementation by including informative exercises for readers and presenting a comprehensive overview of various characterisation techniques involved in solid state research.”

The magnon diffusion length (MDL) is understood to play a major role in the thickness dependence of spin Seebeck effect (SSE) voltages in Fe3O4/Pt thin films. Here we extract the MDL in an Fe3O4 single crystal using inelastic neutron scattering (INS) and in Fe3O4/Pt thin films using accurate heat flux SSE and static magnetization measurements. The INS MDLs were 34±8nm at 300K and 27±6nm at 50K. The SSE MDLs decreased with temperature (19±2nm at 300K and 13±4nm at 50K), but were markedly smaller. Whilst the bulk MDL is expected to be an upper limit of the MDL in thin films, we show that the film magnetization must be considered to obtain MDLs from SSE measurements. This study highlights the importance of disentangling the role of various effects in SSE measurements which is crucial in increasing the efficiencies of thermomagnetic energy harvesting devices.

Separation of the anomalous Nernst and spin Seebeck voltages in bilayer devices is often problematic when both layers are metallic, and the anomalous Nernst effect (ANE) becomes non-negligible. Co2MnSi, a strong candidate for the spin generator in spin Seebeck devices, is a predicted half-metal with 100% spin polarisation at the Fermi energy, however, typically B2 or L21 order is needed to achieve this. We demonstrate the optimisation of thin film growth of Co2MnSi on glass, where choice of deposition and annealing temperature can promote various ordered states. The contribution from the ANE is then investigated to inform future measurements of the spin Seebeck. A maximum ANE coefficient of 0.662 µV K−1 is found for an A2 disordered polycrystalline Co2MnSi film. This value is comparable to ordered Heusler thin films deposited onto single crystal substrates but obtained at a far lower fabrication temperature and material cost.

We study the properties of polycrystalline bulk yttrium iron garnet (YIG) pellets prepared by the solid-state method, where the choice of the sintering temperature can lead to mixed phases of yttrium iron perovskite (YIP) and YIG or single phase YIG. Magnetometry shows multiple switching regimes in the mixed-phase pellets where the saturation magnetization is dominated by the proportion of YIG present. Ferromagnetic resonance was used to corroborate the saturation magnetization from magnetometry and to extract the spin wave damping α. The lowest damping was observed for the YIG pellet, which resulted in a spin Seebeck effect (SSE) coefficient that was approximately 55% of single crystal YIG. This demonstrates that macroscale crystallization does not play a major role in the SSE and paves the way for utilising polycrystalline samples for thermomagnetic applications.

Towards a standard spin Seebeck measurement

The spin Seebeck effect in polycrystalline Fe3O4:Pt bilayers deposited onto amorphous glass substrates with a view for economically viable energy harvesting is presented. Crucially, these films exhibit large coercive fields (197 Oe) and retain 75% of saturation magnetisation, in conjunction with energy conversion comparable to epitaxially grown films. This demonstrates the potential of this technology for widespread application in harvesting waste heat for electricity.

Overview of the Characteristic Features of the Magnetic Phase Transition with Regards to the Magnetocaloric Effect: the Hidden Relationship Between Hysteresis and Latent Heat

The relation ship between latent heat and its associated hysteresis is reviewed for a series of promising magnetocaloric materials. We show that itinerant magnets appear to consistently show large entropy change accompanied by small hysteresis, compared to local moment systems.

For itinerant metamagnets, the point at which the phase transition becomes continuous is not always easy to determine. We determine th ecritical point of the weak itinerant magnet DyCo2 using microcalorimetry and magnetometry. The result indicates that the Banerjee criterion is not always applicable.

Evaluation of the reliability of the measurement of key magnetocaloric properties: A round robin study of La(Fe,Si,Mn)H conducted by the SSEEC consortium of European laboratories

A round robin exercise where the same sample was measured in a consortia of laboratories in order to highlight potential discrepancies between data.

We demonstrate the distinction between the continuous and first order phase transition in a single system with a tri-critical point.